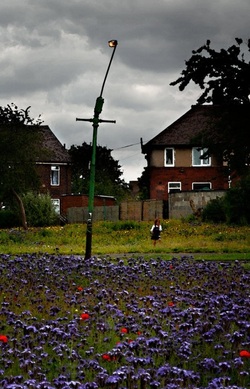 For over fifteen years I’ve worked as an English teacher in South Yorkshire, and by doing this job I’ve had the privilege of meeting hundreds of fantastic kids. Some are comedians and some are geniuses. At times some of them are desperately unhappy.

But they all love stories.

So Why do I Write?

Well, I started writing for two reasons really.  Firstly, through working closely with young people I learned a lot about the different backgrounds they come from. It struck me that although we hear about 'hoodies' and 'youths' and 'teenagers' all the time in the media, the stories behind these kids often go untold.  We get the headlines and we know the outcomes, but the experiences and cultures and influences that can lead to these go largely unpublished. So in the very first instance, my writing was an attempt to inform a wider audience about how some kids live.

As the books progressed however, some of the boys who I taught were kind enough to read them and give me feedback.  What became clear, was that even those who were often reluctant readers and who perhaps struggled alittle with literacy, found the stories accessible and engaging and easy to relate to.  Parents have told me that their teenage sons who never read anything, ever, were sitting and reading several chapters at a time without losing concentration.  This of course was brilliant, and it gave me an additional motivation to get more books written; as well as engaging a mainstream audience, I wanted to give reluctant readers something they might actually read.

So that's how my books came about.  And I would just love for them to fulfil their purposes.